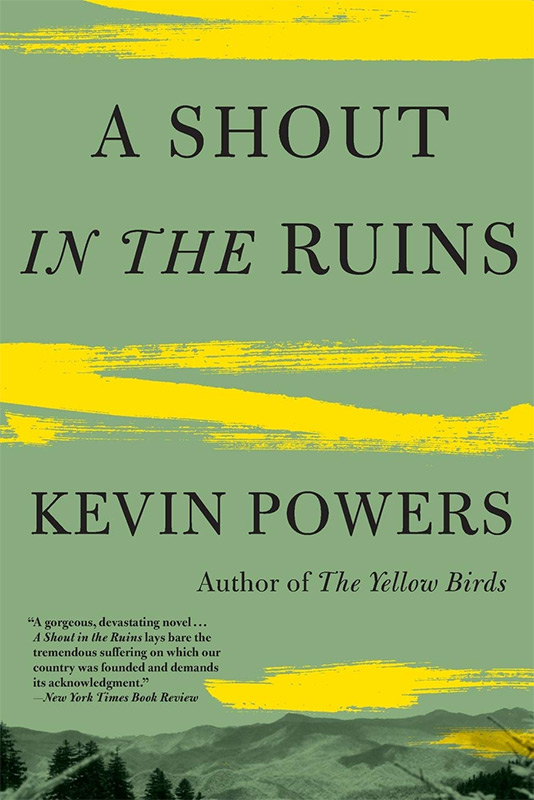 Set in Virginia during the Civil War and a century beyond, this novel by the award-winning author of The Yellow Birds explores the brutal legacy of violence and exploitation in American society.

Spanning over one hundred years, from the antebellum era to the 1980’s, A Shout in the Ruins examines the fates of the inhabitants of Beauvais Plantation outside of Richmond, Virginia. When war arrives, the master of Beauvais, Anthony Levallios, foresees that dominion in a new America will be measured not in acres of tobacco under cultivation by his slaves, but in industry and capital. A grievously wounded Confederate veteran loses his grip on a world he no longer understands, and his daughter finds herself married to Levallois, an arrangement that feels little better than imprisonment. And two people enslaved at Beauvais plantation, Nurse and Rawls, overcome impossible odds to be together, only to find that the promise of coming freedom may not be something they will live to see.

Seamlessly interwoven is the story of George Seldom, a man orphaned by the storm of the Civil War, looking back from the 1950s on the void where his childhood ought to have been. Watching the government destroy his neighborhood to build a stretch of interstate highway through Richmond, he travels south in an attempt to recover his true origins. With the help of a young woman named Lottie, he goes in search of the place he once called home, all the while reckoning with the more than 90 years he lived as witness to so much that changed during the 20th century, and so much that didn’t. As we then watch Lottie grapple with life’s disappointments and joys in the 1980’s, now in her own middle-age, the questions remain: How do we live in a world built on the suffering of others? And can love exist in a place where for 400 years violence has been the strongest form of intimacy?

Written with the same emotional intensity, harrowing realism, and poetic precision that made The Yellow Birds one of the most celebrated novels of the past decade, A Shout in the Ruins cements Powers’ place in the forefront of American letters and demands that we reckon with the moral weight of our troubling history.

Praise for A Shout in the Ruins

“In the course of just two novels, Kevin Powers has already become one of the most original and exciting voices of his generation, and A Shout in the Ruins is a singular triumph of a book.”
—NPR

“A Shout in the Ruins is confirmation, if it were needed, that Kevin Powers is a writer of rare talent.”
—The Financial Times

“The book sizzles with authentic tragedy, realism and unreconciled memory…Powers has written a novel that demands we mourn as we learn.”
—San Francisco Chronicle

“Kevin Powers has written a harrowing, resonant civil war novel. A Shout in the Ruins again demonstrates the author’s nuanced understanding of conflict and its aftermath. Above all this troubling, stirring book is informed by Mr Powers’s deep understanding of war’s complexities, and of how people are broken and shaped by it.”
—The Economist

“A Shout in the Ruins — a novel bristling with carnage and tempered by mercy, born of combat and enriched by love — marks another triumph for Powers, who at 37 writes not only with intelligence but also with wisdom, and of whom further distinction can be expected.
—The Richmond Times-Dispatch

“With poetic and nimble language that brings to mind another student of literary violence, Cormac McCarthy, Powers, 37, creates a drama with deep roots in America’s struggles with race, sex and commerce.”
—The Dallas Morning News

“With A Shout in the Ruins, Powers — reared in Virginia and now settled in Austin — weaves a sense of history, introspection and soul-searching into his own confrontation with slavery’s hellish legacy. This book is a welcome addition to what is becoming, with increasing urgency, a national reawakening of the consequences of our violent racist roots.”
—The Texas Observer

“there is no mistaking the intensity of his vision and his ability to conjure up scenes…that stick in the mind. Powers…has written a novel that memorably illustrates not only the ways in which violence breeds further violence but also the unrelenting power of the past to shape the present.”
—The Sunday Times (UK)

“A Shout in the Ruins…confirms Powers as a significant talent.”
—Andrew Motion, The Guardian

“…reminiscent of Faulkner. An impressive novel of slavery, destruction, and the arduous difficulties of love.”
—Kirkus, starred review

“A masterly meditation on our unbreakable connection to a world predicated on cyclical violence.”
—Library Journal, starred review

“The Yellow Birds spoke powerfully to its moment, but A Shout in the Ruins illuminates an entire lost era…”
—Laird Hunt, Literary Review (UK)

“If, as I do, you hold your breath between publication of Cormac McCarthy novels for want of a tale of equal beauty and terror, relax and inhale. A Shout in the Ruins is certain to wrench the reader’s gut and heart, with ferocity and tenderness measured accordingly.”
—Roland Bisshop, Readings (Australia)

“lacerating and elegiac…possesses the same intimate, lyrical power as his haunting debut”
—BookPage

“Some passages in Powers’ second novel… unfold with a fable’s tragic inevitability, while specificity of setting and character, both strikingly described and original, will brand them into the reader’s consciousness…Beautifully formed sentences express unsettling truths about humanity, yet tendrils of hope emerge, showing how love and kindness can take root in seemingly barren earth.”
—Booklist

“A Shout in the Ruins brushes aside myth and romanticism for a clear-eyed look at America.”
—Shelf Awareness

“This is a powerful, provocative yet beautiful work that is sure to gather laurels come award season but is also, more importantly, one that will endure.  A spectacular achievement.”
—Bill Cusumano, Square Books (Oxford, MS)

“A masterpiece. Powers has written a novel that includes all the ferocity, complexity, and racial violence of the American South, from its fall to its eventual rebirth.”
—Philipp Meyer

“Kevin Powers has seamlessly woven nineteenth and twentieth century lives to create a novel that resonates out of the past to address the most timely issues of America in our own century. The same striking language and contemplation of war and its aftermath that made The Yellow Birds such a lauded debut is on full display in A Shout in the Ruins. What an impressive novel.”
—Ron Rash

“A harrowing and lyrical epic in miniature, Powers has written a novel excavated from another time, but which speaks profoundly to this one.”
—Elliot Ackerman, author of Dark at the Crossing

International Editions of A Shout in the Ruins 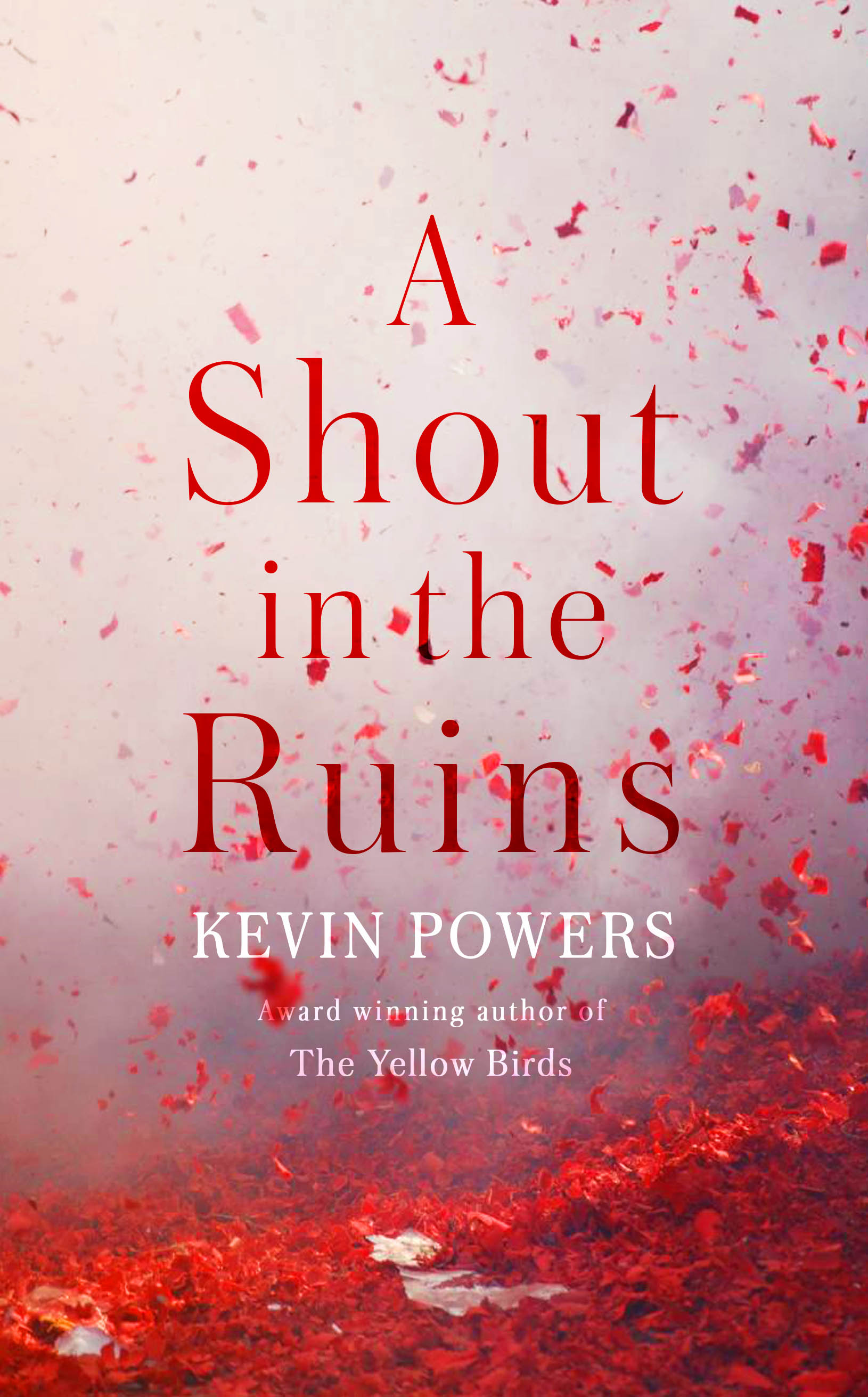 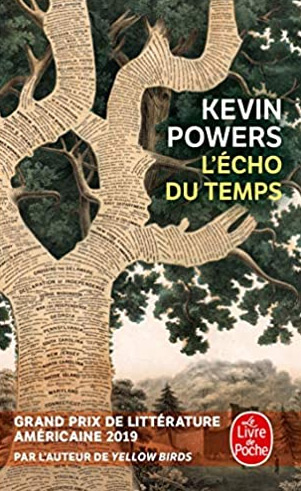